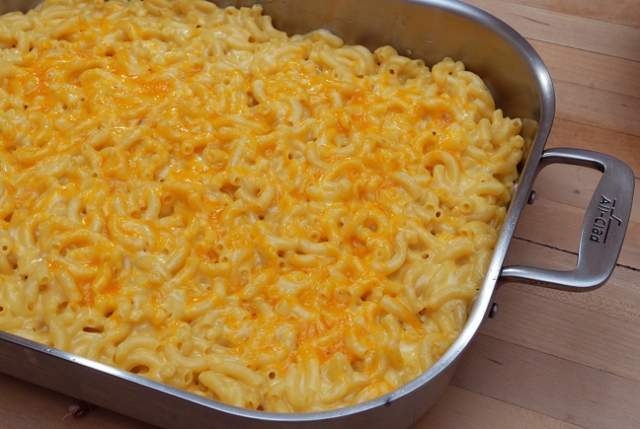 My food isn’t always popular among my coworkers. For every hit, like biscotti, there has been a colossal miss — the muffin that broke an attorney’s fork and the polenta disks with baked ham and homemade pepper jam with cheddar. Wait those sound delicious right? The only takers were my gluten-free boss and a manager who didn’t know what the polenta was, he just knew it was tasty.

So when the signs went up for a chili cook off at work, I thought I would cater to my audience. It’s the South. It’s football season. I had the grand idea to make fried mac and cheese balls with Velveeta, maybe some Rotel and chili with a s—tton of meat. Somehow I would incorporate Fritos.

I laid out my plans to Greg. The ensuing rant included some choice phrases like: “We’re not spending our money on garbage.” “That sounds absolutely foul.” “What did you do with Katherine and how can I get her back?” “This was not permitted in the prenup.” He used the word “no” a lot and said “eww” even more. His face expressed sheer disgust, dismay and horror. For two weeks, he tried to talk me out of the world’s greatest bastardization of chili mac and then when I finally bought the ingredients, he naturally tried to take over. Couldn’t I bake the balls? Did I really need processed cheese?

In the end I stayed true to my vision — thanks to the support of a kind worker who knew I could cook like a “redneck” — and Greg came around. Sort of.

For the Mac and Cheese (adapted from Kraft)

Cook noodles until al dente, about six minutes. Strain and dump into a large bowl. Salt and pepper and add a bit of oil to keep from sticking. Heat oven to 350. Set milk over medium heat to warm. Do not allow to boil. Melt butter in a medium saucepan over medium heat. Whisk in flour and cook until thick and golden, about 2-3 minutes. Whisk in warm milk and cook, stirring constantly until thick, about five minutes. Stir in cheese and stir until melted, about three minutes. Pour over noodles and stir to incorporate. Pour into a greased pan, either a larger roasting pan or two lasagna pans should do. Bake until warmed through, about 20 minutes. Allow to cool completely then refrigerate for at least two hours and up to overnight.

To make the Balls

Form the macaroni and cheese into roughly half-inch balls. Your hands will get sticky, just keep washing them and don’t touch your face.:) The batch above makes about 100 of this size. Line the balls on a baking sheet lined with parchment paper. Freeze the balls for at least four hours and up to overnight. Dump Fritos in a plastic bag and crush with a rolling pin. Measure them out and then measure an equal amount of bread crumbs and mix the two together. In a small bowl, beat an egg with a fork. (I prefer to do this an egg at a time to keep it cleaner and to avoid wasting too many eggs.) Set a cast-iron skillet over medium heat and bring oil to temperature. When a few drops of water make the oil sizzle, you’re good to go. Working in batches, dip each ball in the beaten egg and then into the Frito bread crumb mix. Place in hot oil. Cook for about a minute and a half on each side, or until golden and warmed through. These can be refrigerated and reheated. Bake at about 10 minutes at 350 to rewarm.

Get out your big stockpot, at least eight quarts. Saute onions in oil or bacon fat until tender, about five minutes. Add peppers and jalapenos and saute again until tender, a few minutes. Add meat and brown. Stir constantly or the pork won’t down. Once browned, drain as much grease as possible. Season the meat with chili powder, salt and pepper. Add tomatoes, beef broth and a few dashes of hot sauce. Bring to a boil, then lower to a simmer. Cook until thick, about 90 minutes or more. Stir often. Taste and adjust seasoning after the first hour, adding more hot sauce, chili powder, salt and pepper. The chili should be thick like a hearty stew. To serve, fill a bowl with the chili and drop in a few mac balls. Have some hot sauce on the side.

**I don’t believe in measuring chili powder because I use it quite liberally. I’d say start with a quarter cup and go from there.

A few notes, oh wait… check this out first…

Back to the notes:

This blog attempts to collect some of the things I try to create with food and booze. Sometimes I succeed and sometimes I fail. My hope is to entertain and maybe help people think a little harder about what they decide to eat and drink.
View all posts by Rufus' Food and Spirits Guide →
This entry was posted in Food, Rants, Recipes and tagged entertaining, frying, junk food, pasta, soups, stovetop. Bookmark the permalink.

13 Responses to My Brief, Winning Foray Into “Redneck” Cooking